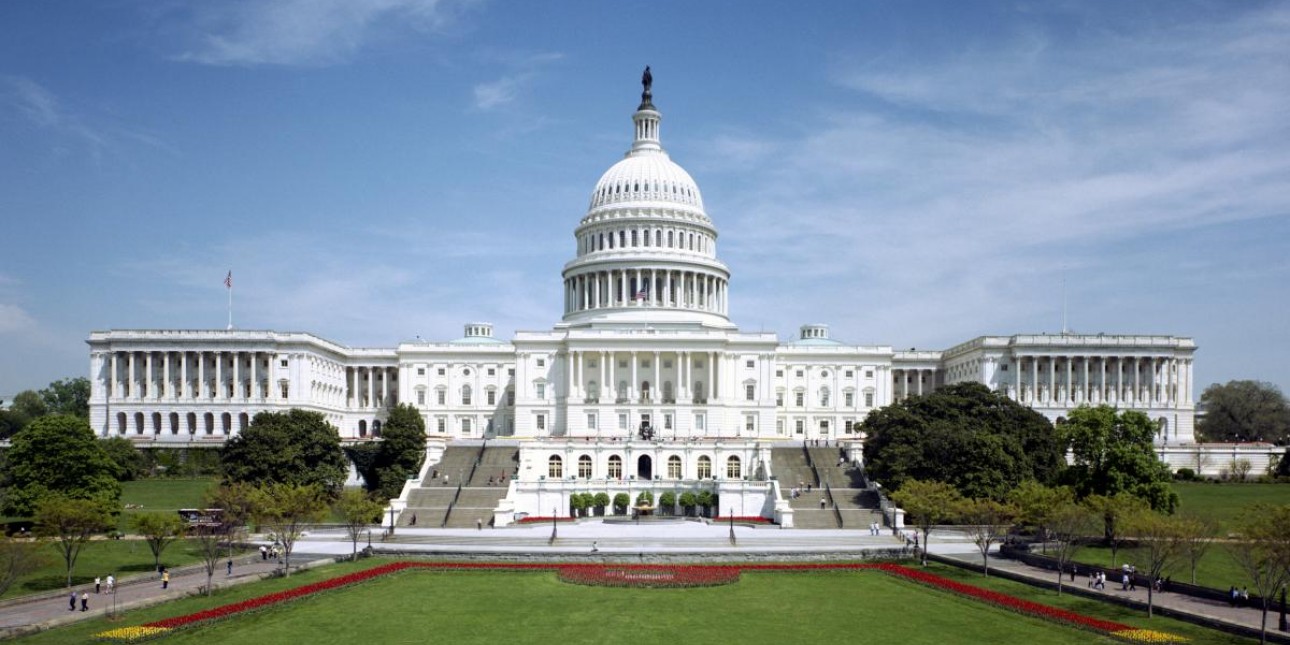 Welcome to the Youth Collaboratory’s Government Relations Blog Series! The purpose of this series is to keep our membership and the field apprised of the latest youth-related developments in Washington, D.C., and to breakdown what those changes will mean for your organization and the vulnerable youth you serve.

This blog is also intended to serve as a resource for understanding federal funding. When reading the news, have you ever wondered “what is the President’s budget really, and what does it mean for my programs?” Or, “how would a government shutdown or funding cuts affect my federal grants?” This blog series will address those questions and more. We will also provide a glossary of terms to serve as an easy-to-use reference guide.

Updates will be posted approximately once per month. If you have suggestions for a particular topic you would like covered, please feel free to email your ideas to Kristen@youthcollaboratory.org.

To learn more about our Government Relations work, watch for updates on our website. Also, register for our 2018 Federal Funding Webinar if you would like to learn more about how the federal landscape impacts federal funding.

The 2018 federal fiscal year began on October 1, 2017. However, Congress has not yet finalized its funding decisions for FY2018, therefore the government is currently operating under a short-term funding solution called a "Continuing Resolution" also known as a “CR.” A continuing resolution allows federal agencies to continue operating at FY2017 funding levels for a set period of time while Congress attempts to resolve its differences on FY18 spending.

In late September, Congress knew it would not be able to reconcile its differences prior to the start of the fiscal year, so it passed a short-term CR until December 8. With their differences still unresolved, on December 7 Congress passed another bill to extend the CR until December 22. Members of Congress and their staffs are now working to strike a larger deal on overall spending levels that they hope will pave the way for a quick resolution to FY18 funding prior to the Christmas recess.

Currently, the House and Senate full appropriations committees have each approved the majority of the twelve spending bills from their respective subcommittees. However, there are significant differences between the House and Senate’s priorities. There are also substantial differences on the overall amount of money Congress is permitted to spend on defense funding versus non-defense funding. The challenges of finding a compromise between these differences on topline spending, as well as funding for specific programs, are what is currently delaying the FY2018 appropriations process.

Below is a table to better highlight the differences between the House and the Senate’s funding priorities in FY2018. The table includes a selection of line items from the FY2018 President’s Budget, House appropriations, and Senate appropriations in comparison to their FY2017 enacted levels. If Congress should strike a deal for FY18, they will need to reach a compromise on any of the line items where they have significant disagreements. Numbers in RED indicate recommended funding levels below FY17 enacted levels. Numbers in GREEN indicate levels above FY17 enacted. All amounts are shown in millions of dollars. The information in this chart is current as of December 18, 2017:

Appropriations – The legislative process by which Congress authorizes the expenditure of government funds for the operations, personnel, equipment, and activities of federal agencies. Congress can utilize the appropriations process to specify funding for individual programs. All appropriations bills must be signed by the President to become law.

Budget Control Act (BCA) of 2011 – A complex law intended to control and reduce federal spending over a 10-year period of time. Three components of the law remain relevant today: 1) Annual limits (“caps”) on discretionary spending; 2) A penalty that further reduces the discretionary caps due to Congress’s inability to find a bipartisan compromise to reduce spending; 3) Automatic across-the-board cuts for discretionary spending that exceeds the designated caps.

Conference Report – Refers to the final version of a bill that is negotiated between the House of Representatives and the Senate via conference committee.

Continuing Resolution – When Congress is unable to enact appropriations legislation prior to the end of the federal fiscal year, a Continuing Resolution (frequently referred to as a “CR”) may be adopted to keep the government functioning by providing funding for a set period of time using the previous year’s funding levels.  E.g. a “two-month CR” would provide federal agencies and programs with two months’ worth of funding at the prior year’s allocation.

CRomnibus – A CRomnibus is the combination of the terms “CR” and “omnibus”. In rare situations Congress may bundle an omnibus, providing longer-term funding for some agencies, with a Continuing Resolution (CR) to provide short-term funding for other federal agencies.

Department of Defense (DOD) – The Appropriations Subcommittee on Defense is one of the twelve appropriations subcommittees in each chamber. The subcommittee’s jurisdiction includes: Departments of the Army, Navy, Marine Corps, Air Force; Office of the Secretary of Defense; most Defense Agencies (except those in the VA-MilCon subcommittee); Central Intelligence Agency.

Energy & Water – The Appropriations Subcommittee on Energy and Water Defense is one of the twelve appropriations subcommittees in each chamber. The subcommittee’s jurisdiction includes: Department of Energy; Army Corps of Engineers; Bureau of Reclamation; several regional and nuclear safety commissions.

Filibuster – A filibuster is a delay tactic used to prevent legislation from being brought to a vote. It is only available in the U.S. Senate, not in the House of Representatives. Any Senator can employ the filibuster by attempting to extend debate on the measure for an indefinite period of time. To override a filibuster requires approval of 3/5 of all Senators (typically 60 out of 100 possible votes). Because Republicans only control 52 seats in the Senate, any bill subject to the filibuster will require the support of Democrats to pass. Some budget related legislation cannot be filibustered.

Financial Services and General Government (FSGG) – The Appropriations Subcommittee on Financial Services and General Government is one of the twelve appropriations subcommittees in each chamber. The subcommittee’s jurisdiction includes: Department of the Treasury; District of Columbia; Executive Office of the President; The Judiciary; and 25 independent agencies such as the Federal Communications Commission; National Archives and Records Administration; Federal Election Commission; Security and Exchange Commission; Small Business Administration; US Postal Service.

Mandatory Spending – Refers to spending for programs that are required to be funded by existing law. Mandatory programs are not subject to the appropriations process. Mandatory spending is mostly comprised of Medicare, Medicaid, Social Security, some income support programs, and interest payments on the national debt.

“Minibus” – A colloquial term referring to a legislative package that combines a two or three regular appropriations bills into a single document.

President’s Budget – Refers to the President’s annual request to Congress for specific funding allocations for federal departments, agencies and programs in the upcoming fiscal year. The President’s budget is developed in cooperation between the White House, the Office of Management and Budget (OMB) and leadership within the individual federal agencies. Release of the President’s Budget in early February typically initiates the Congressional budget and appropriations processes.

Report Language – When the Senate or House Appropriations Committee finalizes an appropriations bill, the committee typically publishes an accompanying “committee report” to assist in explaining the bill. These reports contain more detailed guidance to departments and agencies than is provided in the text of the bill itself.  These instructions are generally referred to as report language.

Sequestration – The third part of the Budget Control Act (BCA) of 2011 intended to control and reduce federal spending. Technically, sequestration is a mechanism to enact across-the-board cuts of defense or non-defense spending that exceed their allowed caps in any given fiscal year. However, term sequestration is often misapplied to the second part of the BCA: a penalty which further lowered the caps on spending as a result of Congress’ inability to find a bipartisan compromise for deficit reduction.

State and Foreign Operations (SFOPS) – The Appropriations Subcommittee on State and Foreign Operations and Related Agencies is one of the twelve appropriations subcommittees in each chamber. The subcommittee’s jurisdiction includes: Department of State; US Agency for International Development; international aid divisions within the Department of Treasury; Export-Import Bank; Peace Corps; Trade and Development Agency; and 15 independent commissions, programs and foundations to support international cooperation and democracy. 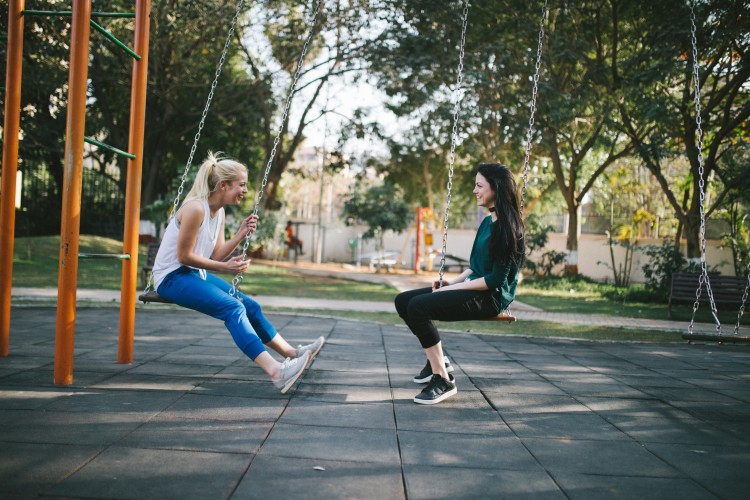 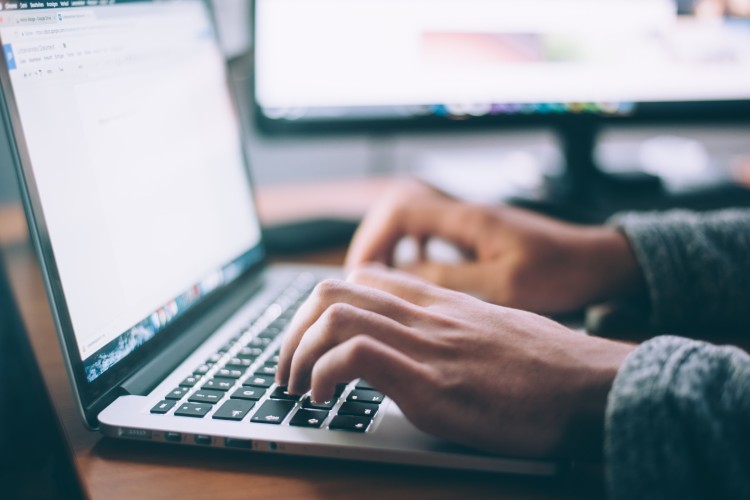